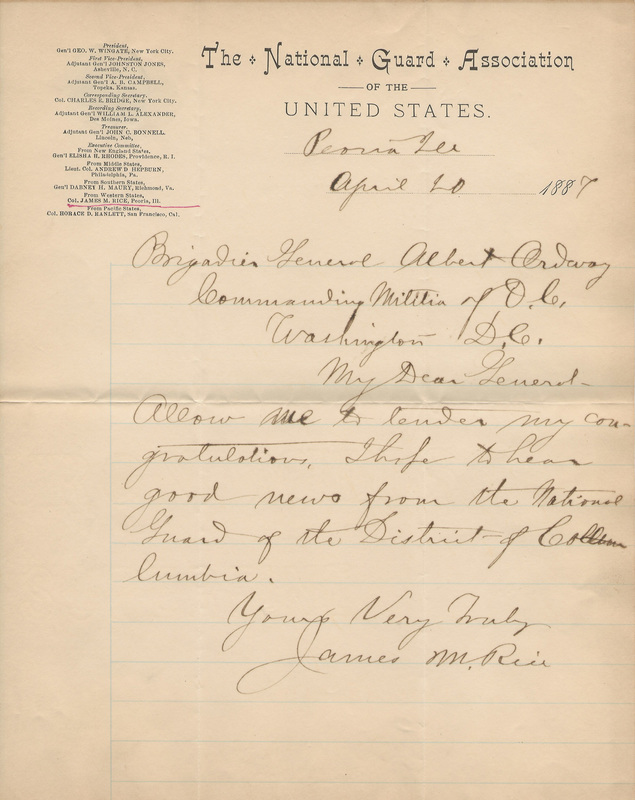 Col. James M. Rice, National Guard Association executive committee member from the western states, writes to General Albert Ordway to congratulate him on his appointment to Brigadier-General of the militia of the District of Columbia.