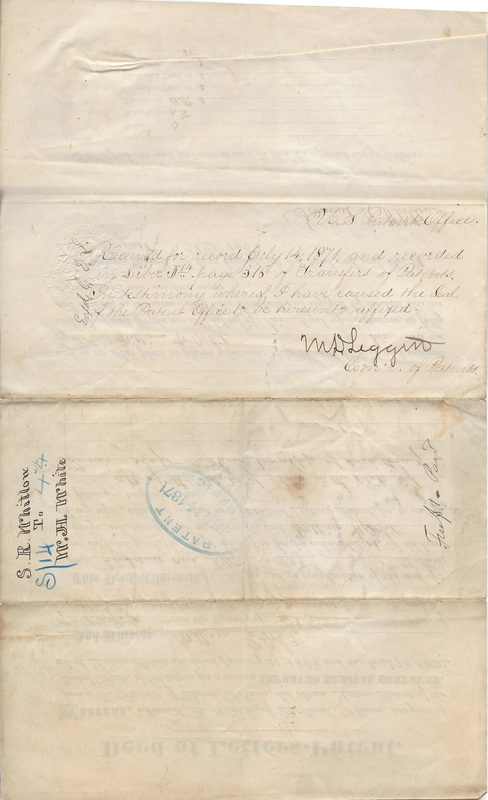 This deed of letters for "Improved Medical Compound" invented by James T. Stewart transferred rights from Samuel R. Whitlow to William H. White. It is dated August 10, 1868. A. D. Hutchinson was a witnesses. The back is signed by Commissioner of Patents, Mortimer D. Leggett on July 14, 1871.

To all whom it may concern Be it known that I, J AMES T. STEWART, of the city of Peoria, in the county of Peoria and in the State of Illinois, have invented an Improved Tonic Medicine or Compound, useful as an invigoration for the stomach, blood-purifier, stimulant, and anti-malaria tonic; and do hereby declare that the following is' a full, clear, and exact description of the ingredients forming the compound, the quantities of each, and the manner of compounding, making, and-using the same.

The ingredients and their respective quantities are:

Mix the above tinctures together, then add the whiskey and the water; then the caramel, until, the desired color is attained It is then ready to bottle up.

The dose is a wine-glass full three times a day, before or after meals.